If ever there was a time to make protest art wouldn’t it be now?  In 10 short months we’ve gone from ‘normal crazy’ to outright mayhem, chaos and anarchy with little street art questioning any of it.  Have you seen anything in your town? Anything that suddenly appears on a street, wall or empty storefront which makes you pause to look and maybe say WTF or better yet think and question?

While most street artists work anonymously there are a few, like Banksy, Pussy Riot, The Faction and Lushsux who have achieved notoriety, fame and fortune.  That said, with the exception of The Faction, none seem to hail from or regularly create art in the US.  Can that be right?  Is no one making challenging art in America today?

Actually there is one group. The Guerilla Girls.  Ever heard of them?  Based in NYC, these anonymous women artists has been making provocative art questioning the role females play in the art world since 1985. You would think after 35 years of asking why more women aren’t represented by galleries or shown in major museums things might have changed for the better, but then you would be very wrong. 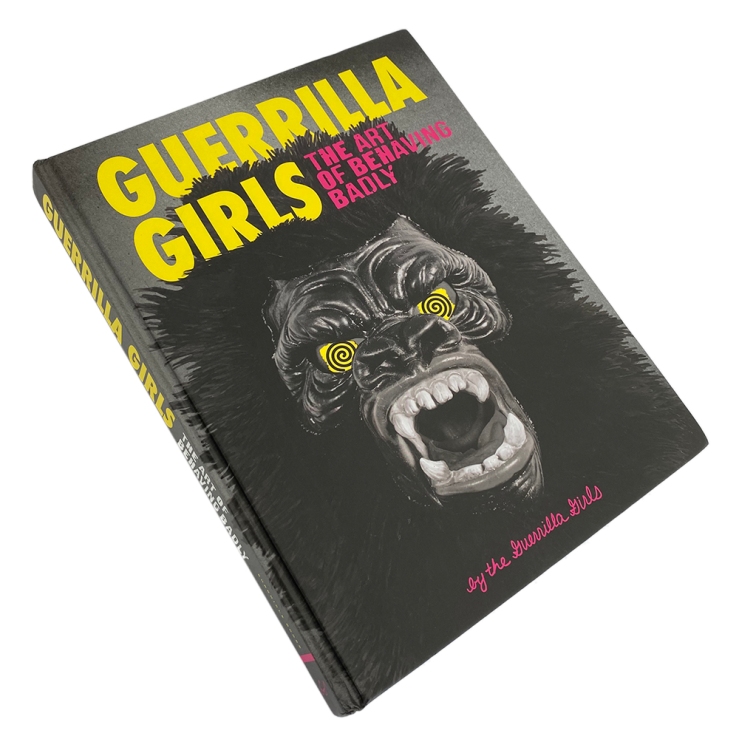 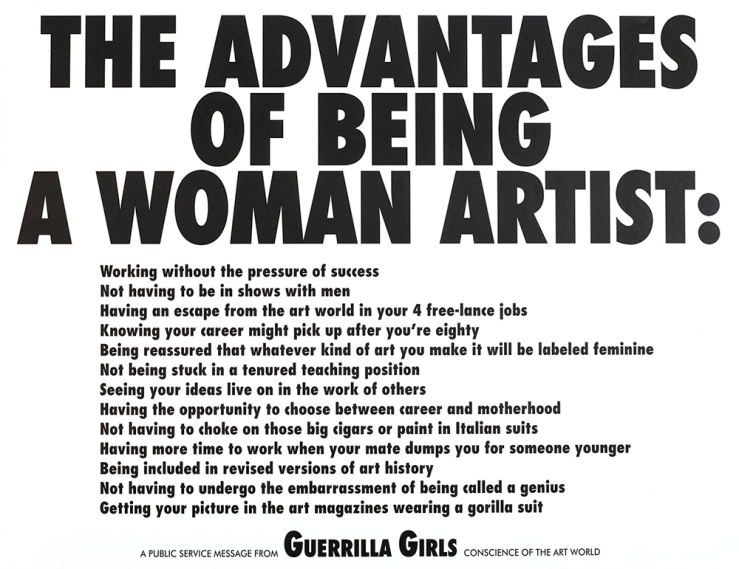 35 years after their birth the girls are still wearing their ape masks and still creating posters, billboards, handbills, installations and books showcasing their brand of art-for-change.  I got a chance to delve into ‘all things girls’ when I reviewed their newest book, Guerilla Girls: The Art of Behaving Badly. I learned about their earliest days as bad-ass art renegades who created ‘guerrilla’ style undercover street art to bring awareness to their message.

Witty women one and all, the founding mothers decided to don ‘guerrilla’ masks as they papered the streets of New York with their How Many Women Had One-Person Exhibitions at NYC Museums Last Year? posters.  I love one guerrilla girl’s belief that “if you’re in a situation where you’re a little afraid to speak up, put a mask on. You won’t believe what comes out of your mouth.”  They definitely put their money where their mouth is, building a platform for their message of equality and inclusion which is, unfortunately, needed as much today as it was back in ’85.

Guerilla Girls: The Art of Behaving Badly is a great, fast paced read and is worthy of a spot on  any creative’s bookcase.  I would encourage any creative-minded young person to spend some time with he book, using it as inspiration for making incendiary art of their own. That goes for us adults too.  The girls core belief of challenging and changing existing paradigms through subversive art is an idea anyone, regardless of age, can embrace!

*Not Ready to Make Nice – The Dixie Chicks